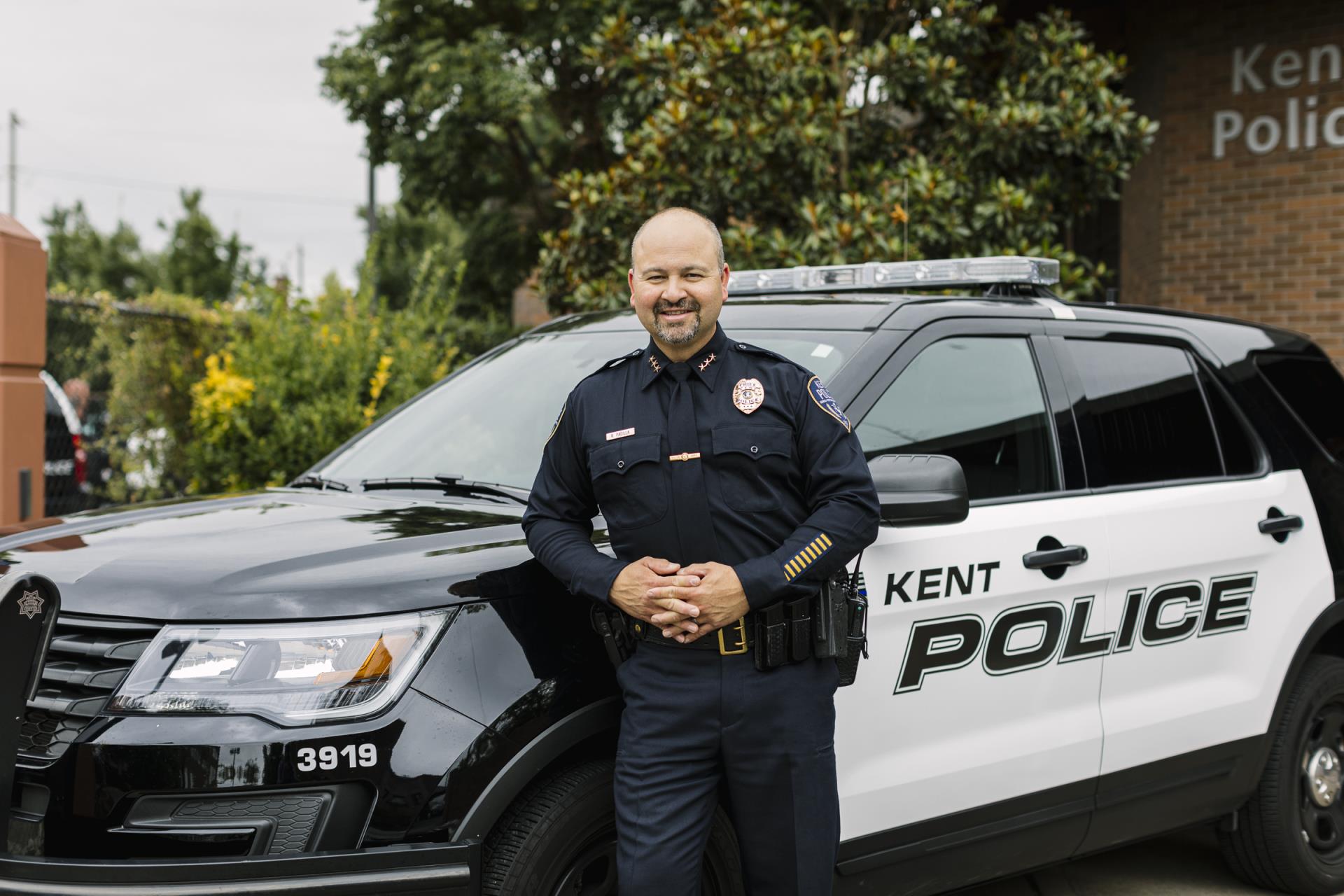 Chief Rafael “Raf” Padilla has served with the Kent Police Department since 1997. He began his law enforcement career as a police officer with the Honolulu Police Department in 1992. He subscribes to the servant leader philosophy and considers it his duty and honor to serve and protect the people of Kent.

Previous to being appointed to Chief on May 8th, 2018, Rafael has served as an Assistant Chief of Police for the previous five years.  During that time, he has held command of all three divisions of the department, spending significant time overseeing the operations of the Support Services Division, Investigations Division and Patrol Division. This experience allowed him to gain a deeper understanding of all aspects of the Kent Police Department operations.

Rafael was also temporarily assigned to the Washington State Criminal Justice Training Commission (police academy) where he served as an academy instructor for five years. During this time, he was recognized as an expert in patrol operations and use of force, before being appointed as the director of the Washington Police Corps Academy.

Throughout his career, Rafael has dutifully invested his personal time to improve the quality of life for the Kent community. He has been an active member of the Meridian Kent Kiwanis Club since 2010 and is currently the club president. He has also served as the Key Club advisor for the Kentridge High School Key Club. He volunteers his personal time to complete community service projects, such as park beautification projects, graffiti cleanups and neighborhood clean-up projects in Kent. He oversees fundraising efforts for several initiatives focused on improving the lives of Kent youth and sits on a handful of regional and local law enforcement and community service group boards.

Away from work, Rafael enjoys spending time with his wife and children, participating in the activities of his teenaged children. He also enjoys camping, taking in an occasional music concert, traveling with family and friends, and he is a huge college and professional football fan.

“I couldn’t be prouder of the outstanding men and women of the Kent Police Department. They work hard every day to deliver the highest quality law enforcement service, and I am incredibly honored to have the opportunity to lead them into the future.”

Chief Padilla can be reached via email with any questions or concerns.