The City of Kent Hearing Examiner is a neutral party (like a land use judge) who conducts hearings and renders decisions or recommendations on certain land use issues and code violations under provisions of the Kent City Code.

The City has two hearing examiner's: Lee Raaen and Andrew Reeves (Sound Law Center). Once a hearing has been held, the Hearing Examiner issues a decision or a recommendation within 14 days.

Meetings are typically scheduled on the 1st and 3rd Wednesdays of the month, in Kent City Hall, Chambers West. 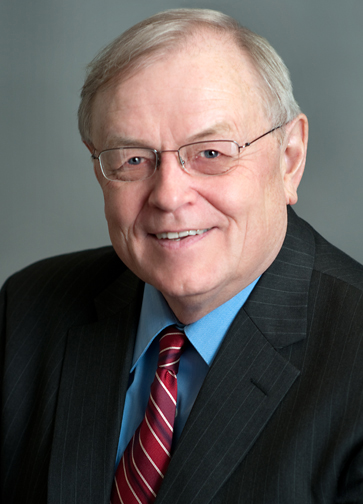 The City of Kent contracts with Sound Law Center to provide Hearing Examiner services. Lee Raaen has been a member of Sound Law Center for several years, and has conducted hearings in a number of jurisdictions in the Puget Sound area.  Mr. Raaen received a BA in Political Science from Pacific Lutheran University in 1969 and a Juris Doctor from the University of Oregon Law School in 1975. Between PLU and law school, he was drafted into the U.S. Army and served more than a year in Viet Nam. He has represented clients in the Appellate, Superior, District and Municipal courts in the State of Washington; Federal District Courts of the Western District of Washington; the Ninth Circuit Federal Court of Appeals; the United States Court of Claims, Washington, D.C., and before various administrative bodies.

Andrew serves as Sound Law Center’s Chief Legal Writer and as a Hearing Examiner in several municipal jurisdictions.  He joined Sound Law Center in 2014 after leaving Division II of the Washington State Court of Appeals.  In his three years at the Court, Mr. Reeves served as a judicial clerk on over 100 appellate decisions.  Prior to that, he was the 2009-2010 Sol Resnick Water Resources Fellow at the University of Arizona and a 2010-2011 fellow with the Rocky Mountain Mineral Law Foundation.  Mr. Reeves regularly publishes and teaches on land use and environmental law topics, most recently contributing a chapter in University of Chicago Press’s book, “Stitching the West Back Together.”  He also recently served as the Subject Matter Expert (SME) on administrative appeals processes for the Washington State Auditor’s Office.  When not serving as Kent’s Hearing Examiner, Mr. Reeves enjoys kayaking, playing the piano, cheering on the San Francisco Giants, and advising South Puget Sound craft beer producers.