Once the Citizen Action Request form is received, Public Works Transportation Engineering Staff will review your concerns and begin to collect data. We will also conduct a field review of the area.

From this information, we will compile a Proposed Improvement Plan for the location and inform you of our findings and recommendations for Phase I solutions. This review takes approximately six to eight weeks from the date we receive your Citizen Action Request Form.

After an Citizen Action Request has been made and a problem identification and data assessment has occurred (this step usually takes about 6-8 weeks), Engineering staff will meet with neighborhood residents to present initial data and recommendations.

Staff and residents will agree upon which Phase I tools will be implemented. The length of time for this step depends on residents’ schedules and availability to participate.

Upon evaluation of Phase I, if studies indicate traffic speeds exceed the posted limit by 10 mph, residents may consider Phase II.

The City will communicate with the entire neighborhood by mailing a questionnaire on traffic issues, including a request for volunteers to serve on a Residential Traffic Committee.  The City will also mail ballots to residents to determine the level of community support. The ballot will describe the proposal included in the plan.

Design plans and cost estimates will be developed. Depending on available funding, the plan may be adjusted. Residents will be notified of the approved plan and provided details on the anticipated construction schedule. 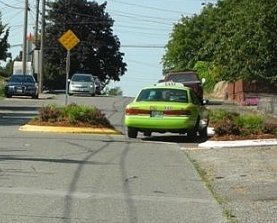 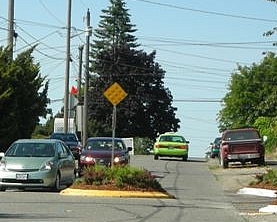 Pictured: Mill Creek Neighborhood, between James St and Smith St.  The traffic circle was constructed in 2009. 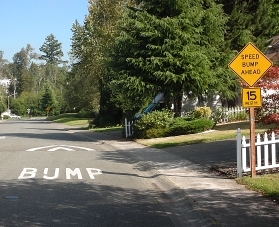 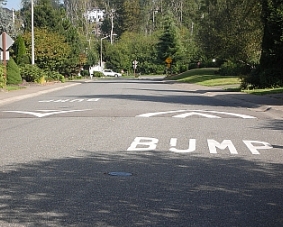 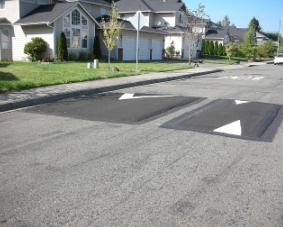 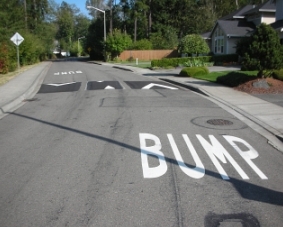