Elected by Kent voters, Mayor Dana Ralph serves as the Chief Executive Officer of the City of Kent, Washington. She works with a seven-member City Council and over 730 City employees to deliver real results for the 130,000 people and over 5,000 businesses that make up Kent.

She is also responsible for preparing and transmitting the City’s $677 million-dollar biennial operating and capital budgets. 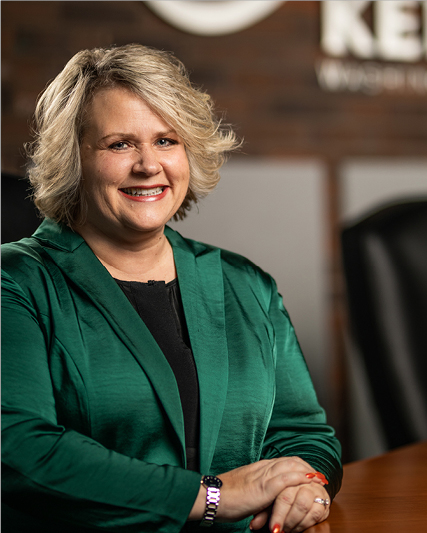 More than 20 years ago, Mayor Ralph started a small medical billing firm in Kent, which she still owns, but no longer manages day-to-day operations.

Driven by wanting to make a difference in her hometown, she first entered the local government arena about 18 years ago when she volunteered to serve on the City’s Land Use and Planning Board and the City’s Arts Commission. This combined her passions for smart and responsible growth with cultural arts. As she learned more about advocacy and the inner working of local government, she wanted to be more involved to help shape the future of our community.

Knowing there was much more work to be done for Kent, she ran for Mayor and was elected by the voters in 2017. She was sworn into office in January of 2018 as Kent’s 27th Mayor and only the 3rd woman to ever hold the role.

She is currently serving as President of the Sound Cities Association, representing the 38 cities and over 1 million residents outside of the City of Seattle. Additionally, she is Chair of the Valley Communications (911 dispatch) Board. She is serving as Vice Chair of the Transportation Policy Board and as a member of the Puget Sound Regional Council Executive Board, Puget Sound Regional Council Executive Committee, King County Flood Control Advisory Board, Watershed Resource Inventory Area Board, South County Area Transportation Board, South King Housing and Homelessness Partners Board, an Ex-officio of the Kent Chamber of Commerce Board and a former Board Member for the Kiwanis Club of Kent where she still remains an active member.

When not at work, Mayor Ralph is known for her extensive knowledge of Rock N Roll, she enjoys camping, spending time with family and friends, attending community events like the Kent Art Commission Spotlight Series, and volunteering in the community. She is passionate about serving the many needs of our community, including those of the less fortunate. In fact, she is one of the founders of the Shop with a Cop program that raises funds to buy Christmas gifts for needy families through Kent Youth and Family Services, and she encourages all City employees to give back to the community whenever possible.

“It is a dream come true to serve as Mayor of this beautiful City. Kent is a vibrant, thriving and welcoming City. Our strength is our people and I am blessed to work side by side with them everyday to make Kent an even better place to be. Everyday people have options and they choose Kent,” said Mayor Ralph.