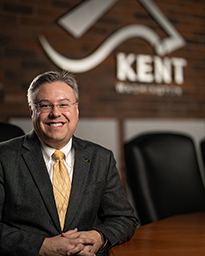 Derek Matheson is the Chief Administrative Officer (CAO) at the City of Kent, the sixth largest city in Washington State. The CAO is appointed by the Mayor to oversee the day-to-day operations of the City. The CAO serves as the Mayor’s direct report in overseeing 10 department directors and acts as the Mayor’s liaison to the Kent City Council.

Early in life Derek found a passion and interest in public service and local government. He is passionate about local government management because of the range of projects and services he has overseen during his tenure. Everything from animal control to zoning and many things in between. He feels local government can make a visible difference in a concentrated geographic area and you can see the results of your work and policies.

His proudest accomplishments include:

Derek has a bachelor’s degree in political science and a master’s degree in public administration from the University of Washington. His professional affiliations include the International City/County Management Association; the Washington City/County Management Association, where he is the past president; and the King County city managers and administrators group, where he is a co-chair. He is an ICMA Credentialed Manager.

When not at work, Derek loves spending time with his family. Along with his wife Meredith, they have four daughters who keep them busy with school and after school activities. They enjoy spending time on the Coast and enjoying the beauty of the Pacific Northwest.