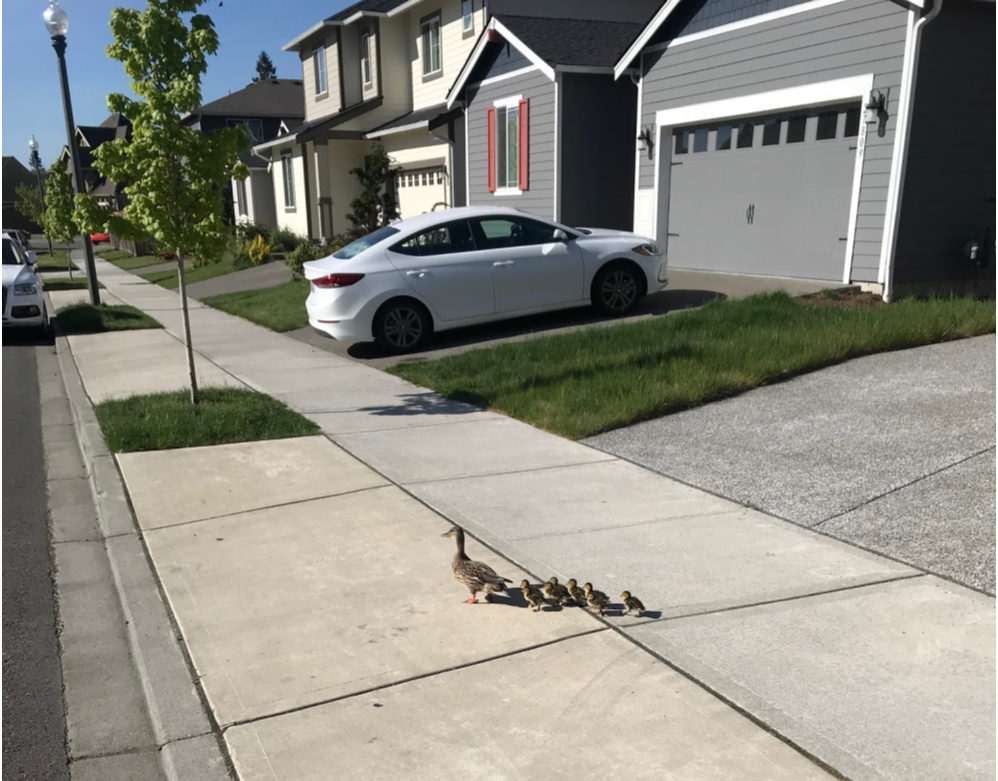 Last Friday, Kent Police Sgt. Dexheimer reported that four ducklings had fallen through a catch basin and were stuck in a storm pipe on Southeast 256th Street. Chris Couvillion and Tony Mann pulled two ducklings out of the catch basin and lured the other two to the next catch basin. The mama duck was nowhere to be found, so Chris and Tony took the ducklings to the nearest stormwater pond and set the ducklings free, hoping their mom was nearby. They got lucky – one very happy mother duck rushed over to join her babies.

In another incident today, 10 ducklings were inside a storm pipe at 277th and 155th. It took five members of the storm team – Chris, Tony, Marcus Hoff, Josh Evans and Joe Craft – to rescue this set of ducklings, while their mom watched. They were able to pull out eight ducks, but two were so far into the pipe, our team couldn’t get to them. They poured some water into the pipe, so the ducks were able to swim to safety.

Duck rescues aren’t a normal part of our storm team’s job, but our guys went above and beyond to care for wildlife while protecting our storm drains and catch basins. A big thank you to Chris, Tony, Marcus, Josh and Joe! 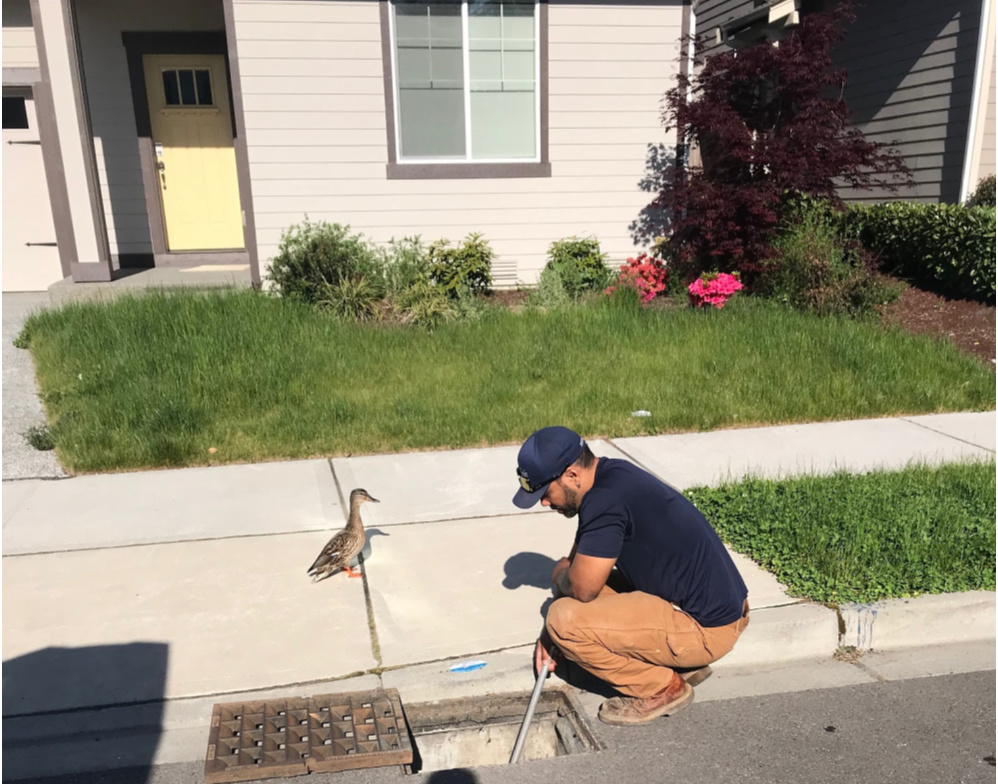 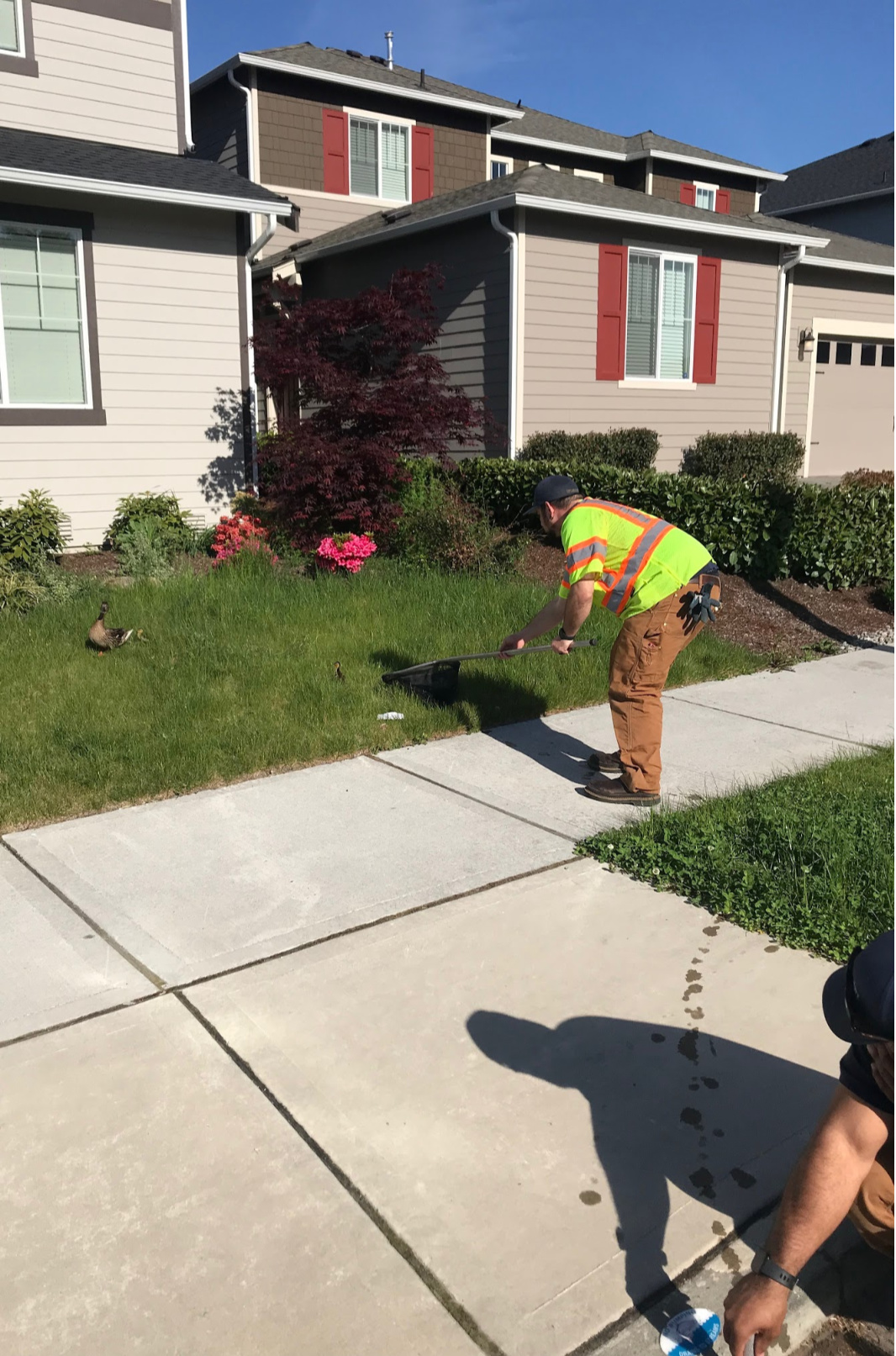